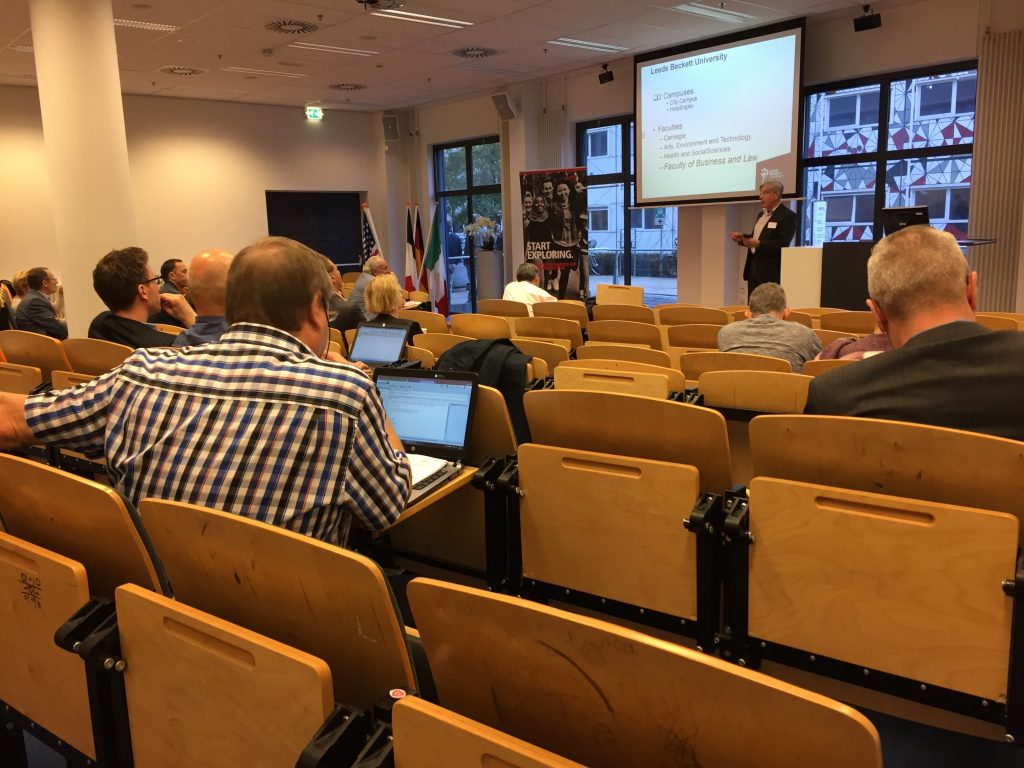 The NIBS Annual General Meeting was held today, with presentations regarding the financial health of the organization, the activities of the Board over the past 12 months, and plans for the upcoming year.  Among the items discussed was the unveiling of a new NIBS logo and website, both of which are slated to be rolled out in the coming weeks.

Several changes to the NIBS Board were also announced at the AGM.  Most significantly, Prof. Ian Charles announced his intention to step down as president of the network at the end of the summer, citing a desire to ensure that NIBS would continue to benefit from fresh perspectives.  The membership voted to accept the Board’s recommendation of Drs. Hans van Oudheusden of the Rotterdam Business School to replace Prof. Charles.  In addition, Luc Vanhille, head of Business Studies at UC Leuven-Limburg, announced that he would be retiring from the Board after more than 20 years of service to NIBS.  He will be replaced by Carline Vuylsteke, also of UC Leuven-Limburg, who will assume responsibility for administration for the network.

In light of these and other recent developments, two positions are vacant and need to be filled on the Board—one individual to handle communications and website management, and a second person to be responsible for new initiatives and product development. Expressions of interest are welcome from qualified individuals at any NIBS member institution. Interested parties should contact Ian Charles or Hans van Oudheusden.