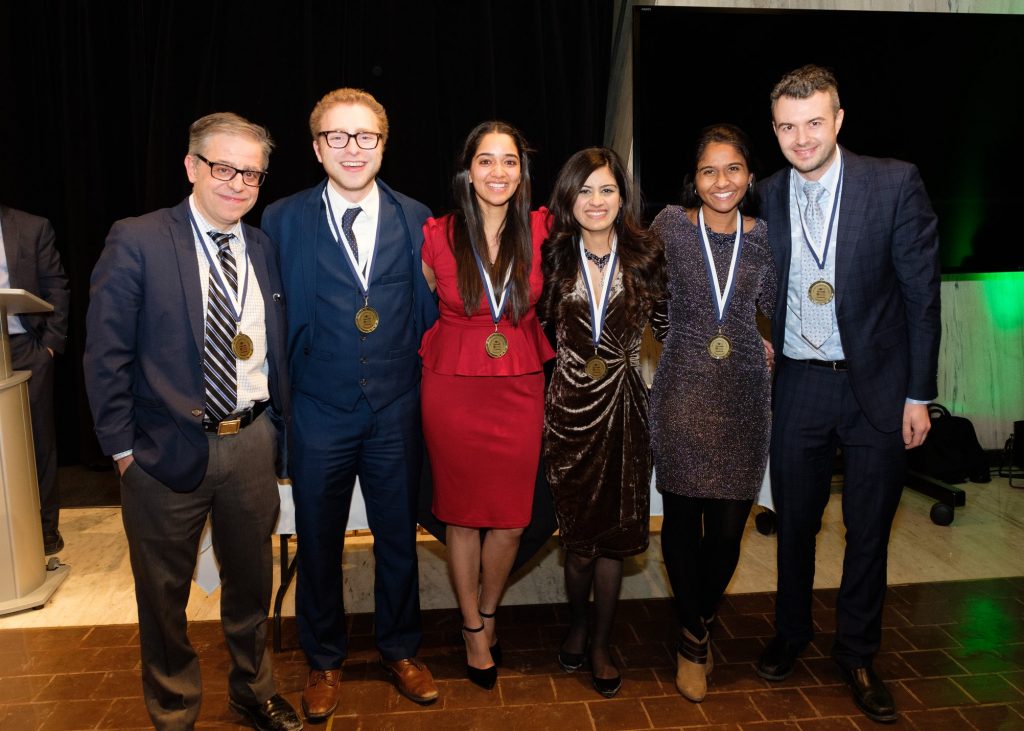 Toronto’s University of Guelph-Humber has won gold at the 2019 NIBS Worldwide Case Competition.

On Friday, the team from Canada’s largest city earned its first NIBS title, in a hard-fought final match with the Netherlands’ Rotterdam University of Applied Sciences.

This year’s competition was hosted by the University of Prince Edward Island, in the heart of Atlantic Canada.

Students from Rotterdam University of Applied Sciences present in the Championship Final of the 24th annual NIBS Worldwide Case Competition at the University of Prince Edward Island in Charlottetown, Canada

The week-long tournament featured teams from 16 NIBS member universities, representing 9 different countries around the world. The 16 teams advanced to the championship round as the top finishers in a qualification stage held in the fall, open to all NIBS member schools.

The NIBS Championship Round consists of a round-robin tournament, followed by a series of knock-out matches. Teams are given either three or four hours to read the case, come up with a plan, and prepare a presentation for a judging panel of academics and industry professionals. Competitors are not permitted internet access while preparing their solution.

This year saw the tournament’s Championship Round welcome its 1,000th competitor. Since its inception in 1996, the NIBS Case Competition has featured participants from 48 different universities in 18 countries.