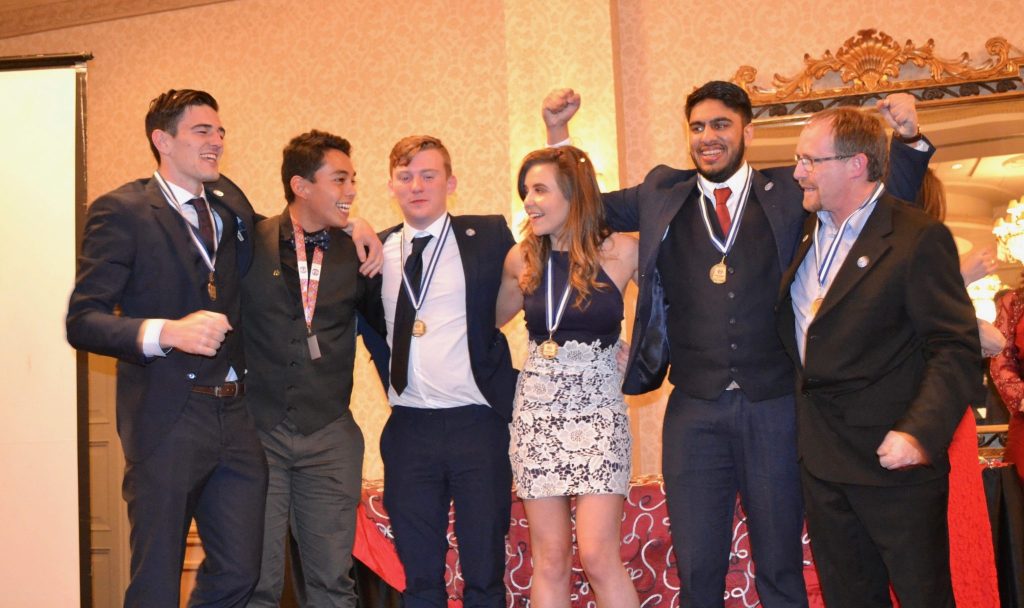 The Dubliners have brought home the gold.

Last Friday, the team from Ireland’s Dublin Institute of Technology earned a first-place finish at the NIBS Worldwide Case Competition, thanks to a stellar performance in a close final match with Canada’s Bishop’s University. It was the school’s first win after several previous trips to the semi-finals.

This year’s competition was hosted by Guatemala’s Universidad del Istmo—the first time the event has been staged in Latin America.

The week-long tournament featured teams from 16 NIBS member universities, representing 11 different countries around the world. The 16 teams advanced to the championship round as the top finishers in a qualification stage held in the fall, open to all NIBS member schools.

The NIBS Championship Round consists of a round-robin tournament, followed by a series of knock-out matches. Teams are given either three or four hours to read the case, come up with a plan, and prepare a presentation for a judging panel of academics and industry professionals. Competitors are not permitted internet access while preparing their solution.

This year marked the return of a permanent trophy for the winners of the competition, following the retirement of the previous one in 2013. The new prize, a Mayan Mask, is a handcrafted reproduction of an authentic jade artifact, symbolizing the contributions of peoples from around the world to human knowledge, culture, and progress.