Call it two in a row for Carleton University.

The team from Canada’s capital was the winner of the 22nd edition of the NIBS Worldwide Case Competition, held last week at Satakunta University of Applied Sciences in Rauma, Finland. Montreal’s Concordia University, Carleton’s opponent in the championship final, earned the silver medal. 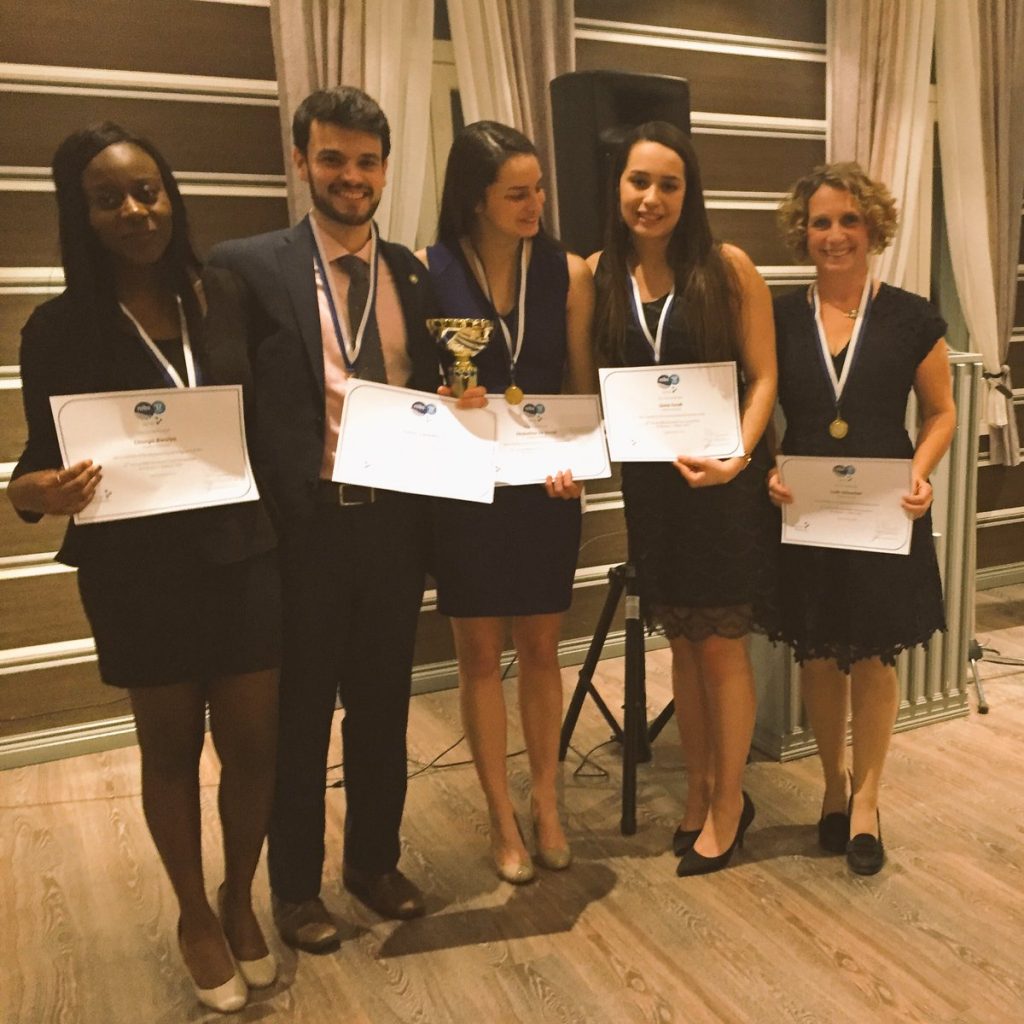 Bronze medals went to the other two semi-finalists, Ireland’s Dublin Institute of Technology and the UK’s London South Bank University. Dublin’s Roger Sherlock was honoured as most inspiring coach, while Bob Janson of the Rotterdam University of Applied Sciences was named best individual presenter. Guatemala’s Universidad del Istmo won the prize for most spirited team.

The week-long tournament featured teams from 16 NIBS member universities, representing 9 different countries around the world. The 16 teams advanced to the championship round as the top finishers in a qualification stage held in the fall, open to all NIBS member schools.

Organizing committee co-chairs Marina Wikman and Anssi Pajala were delighted by the week.

“This is truly a remarkable event and a terrific learning opportunity for students,” said Wikman. “We wanted to make it a special experience, both for competitors and for our judges and student volunteers here in Rauma.”

The NIBS Case Competition consists of a round-robin tournament, followed by a series of knock-out matches. Teams are given either three or four hours to read the case, come up with a plan, and prepare a presentation for a judging panel of academics and industry professionals. Competitors are not permitted internet access while preparing their solution.

The 2018 edition of the competition will be hosted by the Universidad del Istmo in Guatemala—the first time ever that the event will be held in Latin America. Registration for the qualifying round will open on September 1.